A long black and an Americano are cousins: related, but hardly the same. We look into the 4 main differences that set these beloved black coffees apart.

The origin of the Americano is said to have come from when American soldiers were in Italy during World War II. As the Americans were not used to the Italians’ espresso, they diluted it with water to make it more drinkable.

This is the most widely-accepted origin story of the Americano, but there is little to no solid, recorded proof of its historical accuracy. Still, it’s very believable!

Italian coffees are traditionally made with a single espresso shot, which is about 30ml or 1 oz. Hence, Americanos are usually a single shot of espresso topped with hot water.

A long black on the other hand, is made with a double shot of espresso, also called a “doppio”. Double the amount of coffee grounds are used, and thus the yield (the volume of the coffee that comes out) is double too at around 60ml or 2 oz.

Sometimes, double ristretto shots are used too. These are more common in Australia, as ristrettos are slightly sweeter and more preferred amongst many cafes.

However, double shots are becoming the standard for espresso-based coffees all around the world, in almost every cafe. So while traditionally, Americanos are single shot coffees, they are commonly made with a double shot too.

An Americano is usually served in larger mugs or cups. There’s literally no size limit on how big you can make your Americano. 12 oz or 16 oz servings for Americanos are quite common, which would be unheard of for a long black.

Combine this factor with the previous difference of shots, and a long black is typically a stronger and less diluted black coffee than an Americano. Thanks to this, long blacks have a more pronounced aroma and flavour.

Some cafes may opt to serve Americanos in the same type of cup as a long black (a tulip cup), but give a small, additional jug of hot water on the side so customers can pour in the amount that suits their taste.

This is one of the most important distinctions between a long black and an Americano. It is whether the espresso or the hot water enters the cup first. But before we get any further, you need to know what crema is:

When espresso is brewed well, the compounds in the coffee grounds react with the hot water and high pressure. The coffee oils are released, which forms a beautiful, golden layer of foam atop the espresso shot. This golden foam is called crema.

Now, back to the difference between a long black and an Americano.

It seems like a petty order of making the coffee, but there is a solid difference. For an Americano, pouring hot water in “breaks” the crema and forces it to be mixed all throughout the coffee.

A long black takes pride in preserving the golden layer of crema. Because the espresso shot is extracted on top of the still water in the cup, the crema can form nicely without dissipating. Good crema adds a lovely aroma to the shot, which was why I mentioned a long black has a more pronounced aroma.

The long black is predominantly ordered in Australia and New Zealand’s specialty coffee scene, whereas the Americano is more common in Europe and much of the US.

Obviously, you will be able to order either drink at any proper specialty coffee cafe. But the popularity of both these drinks do differ, depending on which country you are in.

As a simple recap for a long black vs americano:

Remember to use high quality beans if you want to be able to taste the true flavours of a long black or an Americano. I would recommend single origin beans for black coffee, as they do work a lot better in showcasing the unique flavours. It’s best to enjoy it on its own, but some customers like adding a little milk or pouring cream to sweeten the drink slightly. If you’ve come from a background of caramel or vanilla frappuccinos and are new to drinking black coffee, give this strategy a try. Enjoy! 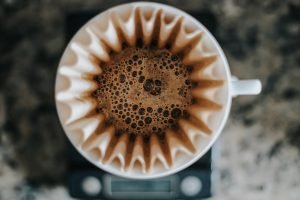 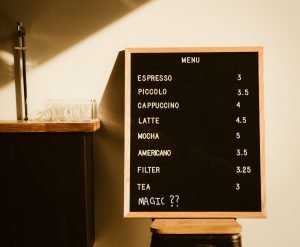